My children are your children! 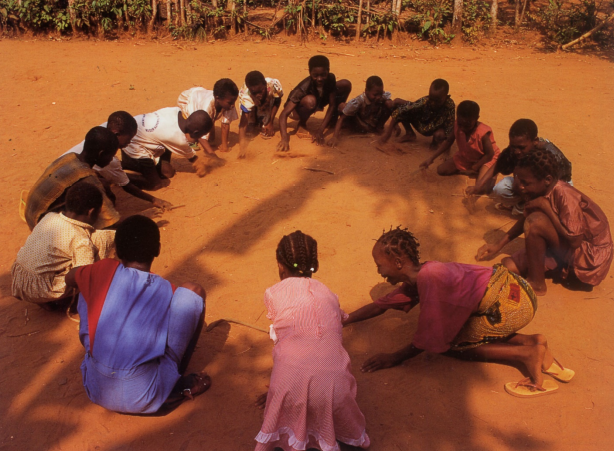 When I hear the statement, it takes a village to raise a child, I think of my village, Awkuzu, in eastern Nigeria, where our family lived for three years, and where my four siblings and I were looked after by everyone. We played outdoors for hours with our friends, and sometimes dropped in on strangers, and as far as they were concerned we were part of the family. At sunset, with the sky bathed in orange we’d gather at someone’s house for a story and ran home as fast as we could when it got dark.

Darkness terrified us a lot, because we didn’t have electricity, which meant most nights, when there was no moonlight, it felt as if a giant blanket was covering the entire village. Worst still, as we ran we’d hear owls hooting and bats squeaking, it was very scary. However, the following evening we’d gather again for more stories; the sweet, sweet voice of the storyteller, which transported us to the lively world of the animals, and occasionally, ghost stories, were irresistible. The stories were exciting and scary at the same time, but we loved them!

Mind you, we didn’t always have fun; we were told off when we were naughty, and with a finger wagging in the air we’d hear the old, ‘…I’m-going-to-report-you-to-your-parents’ threat and praised when were good. But our parents didn’t mind when we were told off, and I don’t know of any, who did, after all we were like one big family, in fact, we called all the grownups, ‘Auntie’ or ‘Uncle.’

There was always a good relationship between children and adults in other parts of Africa, too. For example, the Ga people of Ghana have a beautiful way of welcoming babies into the world, and that inspired me to write Welcome Dede! published by Frances Lincoln Ltd. In my book, I explained that godparents, extended family, and friends and the baby girl were present at the naming ceremony, but not her parents. They weren’t invited, at least for a time, because it was a chance for the new arrival to meet her ‘new family.’ Prayers were offered to the ancestors, for prosperity and protection for the baby, and then the eating and dancing began in earnest.

After the ceremony the baby’s parents organised a street party, it was their turn to celebrate. The party lasted a whole day!

The little girl, from then on would be looked after by everyone in the community like my siblings and I were. People would happily share meals with her. Indeed, I remember our mother cooking huge meals in case children visited us, and she made clothes for them, too. It wasn’t just our mother other mothers helped as well. Everybody shared whatever they had, whether they had very little or plenty, even a gift of fresh mangoes was just as good. It was a very loving and caring environment.

I remember one occasion when I was hungry; starving in fact – our mother, a nursing sister was at Iyienu Hospital miles away, where she worked, and our father, a magistrate had gone to court, so I went to Mama Friday’s house to eat. She was like everyone’s grandma, kind, nice, a storyteller and a good cook – not as good as our mother though! Still, I often dropped by for lunch if our parents were at work.

“Child,” Mama Friday would say, as soon as I walked through her wide-open door – no one seemed to lock their doors at our village, and then she would add, “just finished cooking your favourite…stew.”

My stomach would respond with a mighty growl, and I’d almost break into a run to get to her delicious food fast. Mama Friday’s stew was made with generous amount of palm oil, tomato puree as thick as wallpaper glue, onions, crayfish, and one magi cube, served with boiled yams.

Mama Friday was a widow, tall and skinny with mouth so wide it almost filled the lower part of her face, but her skin was the colour of the evening sun, golden. Until I went off to school as a boarder, I never saw anyone so pale in Nigeria!

Her grownup children, especially her son Friday, lived several miles away with their families, but often came to see her.

On that day, after I’d finished eating the room left as if it had tilted at a funny angle, and soon my temperature rose like Chief Nduoba’s smoke – very high indeed! Chief Nduoba, lived not far from our house and he often smoked a strange looking pipe and all you saw was a thick cloud smoke!

Anyway, I was able to get home and went straight to bed. When my mother came back from work, she lifted one of my eyelids and screamed, “Jaundiced! Child you have jaundice.”

“A what, Ma?” I mumbled, I had no idea what she was talking about.

“Child, you have a virus in your liver, hepatitis perhaps. You must stay off oily foods until we go to the hospital!”

I remember a voice in my head saying, ‘I still like Mama Friday’s stew oily or not.”

The next day we went to see a doctor, and he confirmed hepatitis, I didn’t know where I got it from, I didn’t drink or had a boyfriend, I was much too young. Anyway, for many weeks I was deprived of Mama Friday’s delicious stew, how I missed it! I was only allowed plain food for a long time. Awful!

At Awkuzu it wasn’t just children who were well looked after. Everyone was, through Ogbo, age groups, and this inspired me to write One Big Family, published by Frances Lincoln Ltd. Every Ogbo, people in their twenties; 20-25, for example, would rebuild homes for those who had no money, free of charge, or people between ages of 40-45 would donate money to build a school.

The fact that everyone was cared for, meant we didn’t have many cases of negligence or runaways at our village. To be quite honest, where would a runner-away go? They would be spotted by someone and brought back, the minute they embark on their journey.

Sadly, the support many parents, including ours, enjoyed, and the loving care we received as children have largely disappeared. There are so many reasons for this, one of them, in my opinion is Western influence; almost everyone in Nigeria likes to watch foreign films and wishes they live like the people on our screens, and we like copying their individualism, and their freedom from family ties and other similar behaviours.

Secondly, the economic crisis. The economic crisis has affected everyone, and because there are no locally funded charities or social benefits, people are working twice as hard to feed their families and some have moved away from their villages to find jobs in the cities or have even sent their children away to be raised by strangers in the hope of a better life.

Worse still, the measures introduced by many African governments to combat the economic problems, has caused a lot of misery. For example, back in the 1980’s in Nigeria when the oil money was running out due to mismanagement, lack of accountability and corruption the government went cap in hand to the World Bank and the International Monetary Fund (IMF), and Structural Adjustment Programmes (SAP) were introduced as a result.

Many believed such measures had devastating effects on both the educational system and social services, which are still present to this day! 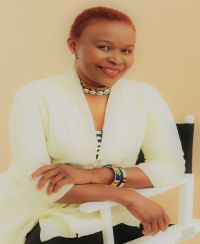 Ifeoma, thinking about her past…

Thankfully, Africans are very resilient, and have great strengths, and with the help from charities like the Ugandan Project, which are involved in educating our children – building schools, surgeries, and lots of other projects for poor families, things will eventually get better.