A Journey to Jamaica

Jamaica was at the top of my list of countries to visit ever since I heard reggae music many years ago, and then in 2012 that desire grew when I watched the great performance of the Jamaican athletics at the London Olympic Games.

Thankfully, in November 2018 my dreams finally came true when I had the opportunity to visit my sister, who is an Associate Professor in one of the universities in Kingston, the biggest city in Jamaica.

With the city bathed in sunshine, my sister took me to meet her colleagues at the university, and I was given a warm Jamaican hug, which made me feel right at home immediately. 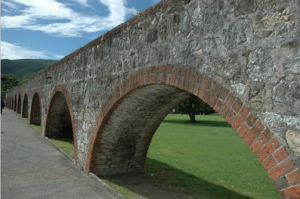 The Hope Aqueduct – preserved by the Jamaican National Heritage Trust…

A few hours later it started to rain. I was told November was one of the wettest months of the year. Thankfully, the sun came out again; tropical downpours are often very brief.

All around the beautiful city are some reminders of the horrible times when slavery thrived, especially at the Mona campus of the University of The West Indies, where I saw The Hope Aqueduct, 4550 ft long, built in the mid-1750’s, for transporting water from the Hope River to the plantation.

This country of 2.89 million people is also blessed with lots of fruits and vegetables, and as a vegetarian I had plenty to eat.

In between meals, I snacked on Jamaican crackers and avocado pears from my sister’s garden, some were the size of cantaloupe melons!

After a few days in Kingston, my sister and I went to Negril, on the west of the country by bus. Negril is a small but beautiful town with lot of hotels and resorts along the seven mile- beach, ideal for walkers and swimmers.

Negril also has some supermarkets and restaurants

From Negril, we travelled to Montego Bay. Montego Bay, the second biggest city in Jamaica, is about 90 minutes by bus from Negril. While there, I visited the Rose Hall Great House, which was previously owned by a plantation master.

It reminded me of the several large houses I saw in different parts of Kingston, except this one has extraordinary stories to tell. The Great House, which was built on top of a hill in the 1770’s, covers large grounds overlooking the sea. 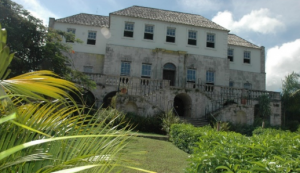 At some point in history of this house, thousands of slaves worked in the plantation, but were severely maltreated, and often left in the airless dungeon at the basement of the house to die a painful death from their wounds.

Amongst the many items on display was an ugly bear trap which was used in catching slaves who were brave enough to attempt escaping the plantation. Sadly, for me, the Great House is more infamous for the story of Annee Palmer, the wealthy mistress who murdered her husbands than of the slaves!

However, I had a great time in Jamaica, and there are still more things to see and do in that beautiful Island, and I hope I’ll come back soon, not just for the warm Jamaican hugs, which made me feel all fuzzy inside but to learn more.